This application note is part 1 of a series of notes introducing Gamry’s spectroelectrochemistry system.

Part 1 discusses the basics of light spectroscopy and explains important terms and parameters. It describes the setup for spectroelectrochemical experiments and shows Gamry’s spectroscopic equipment.

Part 2, Spectroelectrochemistry Experiments and Data Evaluation, discusses the spectroscopic experiments in Gamry’s Framework and explains their setup parameters. Data evaluation is shown by using the Echem Analyst. Its new spectroscopy commands are described on the basis of examples.

Spectroscopy has a wide field of application, especially in analytical chemistry. Various types of materials can be investigated and classified by studying interactions with electromagnetic radiation.

For a better understanding, this application note covers first the term spectroscopy, explains its basics, and proceeds to more practical aspects. 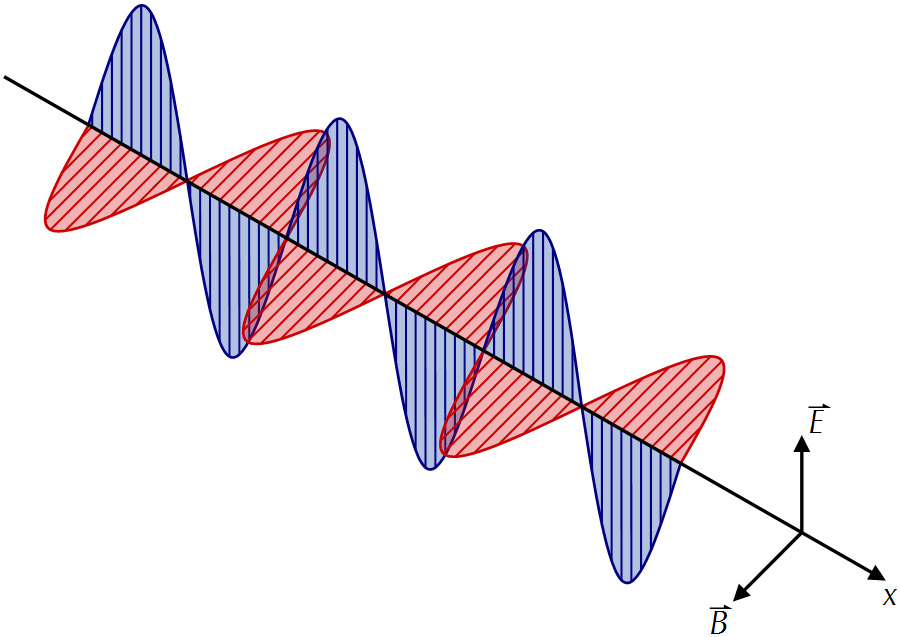 Another important fact about light is its particle nature. When light shines on a metal surface, light particles transfer their energy to electrons which are ejected from the surface.

This phenomenon is called photoelectric effect. It can not be completely described by the light’s wave nature. Hence light also has to be treated as flux of light particles, called photons.

The energy E of photons that is needed to eject electrons from the metal surface is inversely proportional to the wavelength l of the light, see Equation 1.

Both characteristics of light, its wave and particle nature are called wave‑particle duality.

Figure 2 – Diagram of the electromagnetic spectrum.

The most known part of the electromagnetic spectrum is the visible light (Vis). It contains all colors we can see. However, the visible part is only a small portion of the whole spectrum. It ranges from about 400  to 750 nm.

Following the spectrum to higher wavelengths and lower energies leads to the Infrared (IR). It ranges from about 750 nm to 1 mm. IR light resembles the heat that is emitted and reflected by an object.

Proceeding to higher wavelengths leads to microwaves (MW). The energy content is further decreasing. Microwaves are used in radar technologies. Radio waves are in the region where wavelengths are ranging from meters to several kilometers. Its most common application field is telecommunication.

The other side of the spectrum exhibits radiation with higher energies and lower wavelengths. Ultraviolet (UV) light ranges from about 400 nm to 10 nm. UV is applicable in sterilization and purification processes among others.

High‑energy electromagnetic radiation is classified into X‑rays and Gamma‑rays. Latter one is emitted by radioactive decay processes, for example on the sun or by nuclear explosions. Radiation with this amount of energy can cause cancer (carcinogenic) and damage the DNA (mutagenic). However, it can be also used for medical examination and cancer treatment.

Spectroscopy can be classified into various groups depending how electromagnetic radiation is interacting with matter. Energy can be absorbed, emitted, reflected, or scattered among others. This application note will mainly focus on absorption spectroscopy.

Table 1 – Effect of electromagnetic radiation on molecular and atomic basis.

The spectrometer’s detector converts photo current from light into electric current. The output depends mainly on the intensity of light that passes a sample.

When light passes a transparent medium, the intensity I0 of the incident light drops exponentially. The decay depends on pathlength d through matter and its wavelength‑dependent absorption coefficient k.

Transmittance – also called Transmission – is the ratio of light passing a transparent medium to incident light. It is typically represented as a percentage.

Absorbance (or also called absorption) is – similar to Transmittance – an expression for the amount of energy that is absorbed by a medium. It is the negative logarithm of transmittance T.

For example, if absorbance has the value three, only one‑thousandth of the incident light reaches the detector. In general, best accuracy is achieved with absorbance around one.

The integration time t defines how long the detector of a spectrometer collects light to record a single spectrum. Depending on the experiment it can range from several milliseconds to seconds.

In general, longer integration times lead to a stronger output signal and reduced signal‑to‑noise ratio. However, if the integration time is set too long the detector can get saturated. Peaks in a spectrum can be cut off which makes the measurement impractical.

P. Bouguer, J. H. Lambert, and A. Beer proved that the absorbance is directly proportional to the concentration c of a transparent medium.

ε is the molar decadic absorption coefficient and d is the pathlength of the cuvette.  Due to the fact that absorption spectroscopy is a very sensitive technique, slightest changes in concentration of a sample can be measured.

In absorption spectroscopy, the measured quantity of interest (i.e. absorbance A, transmittance T, or just raw counts) is plotted versus wavelength l. This plot is called absorbance, transmittance, or raw count spectrum respectively. 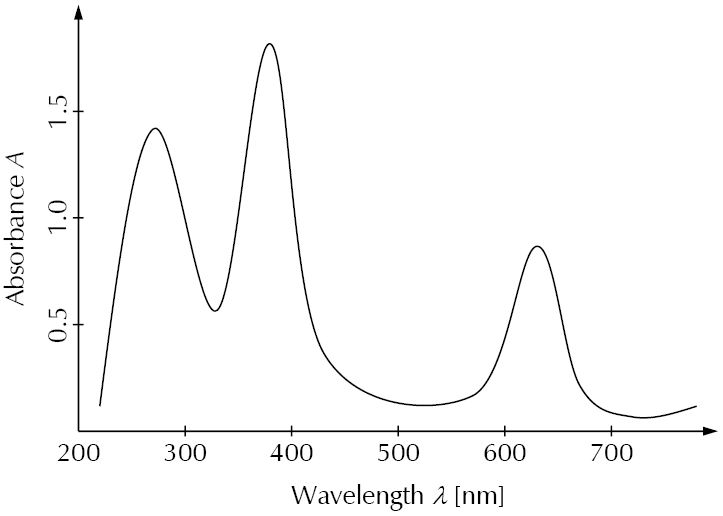 Figure 3 – Example for an absorbance spectrum in the UV-Vis region.

The wavelength is typically given in nanometers (nm). In IR‑spectroscopy, the spectrum’s x‑axis is mostly given by the inverse of wavelength l, so‑called wavenumber s. Commonly, it is represented in cm-1.

The typical setup for absorption spectroscopy including electrochemical experiments is shown in Figure 4.

Figure 4 – Diagram of the setup for a spectroelectrochemical experiment. For details, see text.

A beam of light is focused on the sample via fiber optic bundles. Common light sources include but are not limited to Deuterium, Tungsten, or Halogen lamps, LEDs, and lasers.

The light output can have a wide spectral bandwidth or it can cover only narrow spectral regions of several nanometers. Latter one is mostly used for fluorescence measurements where matter is irradiated by a laser and induced fluorescence is measured.

The sample itself is placed within a cuvette. The wavelength range of light passing the sample is strongly limited by the material of the cuvette. It can be made of plastic for cheaper and disposable cuvettes right up to fused silica quartz glass. Latter ones are more expensive but allow spectroscopy measurements down to lower wavelengths in the UV.

In addition, for spectroelectrochemical experiments working, counter, and reference electrode are immersed into the analyte. However, only the working electrode is within the light path. In general fine metal meshes or thin coated glass substrates are used. These materials allow sufficient transmission of light.

After passing the cell, the beam of light is redirected into the spectrometer through its entry slit. The slit defines how much light enters a spectrometer and strongly determines its optical resolution.

Another important part of a spectrometer is the grating. Its fine structure is also an important factor for the optical resolution. Before passing the grating, the beam of light is a unity of radiated energy with different wavelengths. The grating separates this unity and diffracts light into its monochromatic parts – beams of light with a narrow band of wavelength.

The beam of light is redirected via mirrors within the spectrometer. In the end it reaches the detector which for most modern spectrometers is a CCD (charge coupled device) array. CCDs consist of semiconductors with a photoactive region. The detector is able to convert photo current from light into electric current. The output signal is wavelength‑resolved.

Spectrometer and potentiostat are separately connected to a computer via data interface. Experiments are set and controlled by using special computer software. After finishing an experiment, recorded data are saved on the computer and can be analyzed. The spectrometers are equipped with a linear 2048‑element CCD array detector. The optical resolution is 0.3 nm with a signal‑to‑noise ration of 250:1 (full signal). The integration time can be varied between 1 ms and 65 s.

The overall dimensions of the spectrometer are 8.9 cm x 6.3 cm x 3.4 cm (L x W x H). Both spectrometers feature a USB 2.0 and RS‑232 interface for communication. Fiber optics can be connected by a standard SMA‑905 connector.

The light source which is included in the Spectro‑115E or Spectro‑115U system is a Deuterium/Tungsten Halogen light source (see Figure 6). Its total spectral output ranges from 215 to 2500 nm. The Deuterium spectrum reaches from ~200 to 400 nm and covers the UV‑range. The Tungsten halogen lamp’s spectral output ranges from about 400 to 2500 nm and covers the VIS‑NIR region. Both lamps can be individually turned on and off via switches on the front panel.

The third switch opens and closes a shutter for controlling light transition through the fiber bundle to the probe. This switch enables also automatic control of all functions using a TTL (transistor‑transistor logic) signal. It can be controlled by a 15‑pin connector on the rear side.

The 4‑way cuvette holder (see Figure 7) can be used for absorbance, scattering, or fluorescence measurements. Each side exhibits a SMA‑905 connector. The holder is suitable for all standard cuvettes with outer dimensions of 12.5 mm x 12.5 mm. Each spectroscopy system includes two 30 cm fiber optic cables. Both use standard SMA 905 connectors, see Figure 8. The core diameter is 600 µm and the fiber for the UV/VIS range up to 1100 nm.

This note is part 1 of a two‑part application note series. It introduces Gamry’s spectroelectrochemical system.

It begins with basics of spectroscopy and explains important parameters and terms. In addition, the general setup to perform spectroelectrochemical experiments is shown and the function of each part is discussed.

Part 2 of this application note series discusses on the basis of examples Gamry’s Framework and its experiments. Further, data analysis with the Echem Analyst is explained including its spectroscopy functions.