Measuring both half cells

This Technical Note is meant to show users how the Dual Electrometer feature of the Interface 5000 can help you make simultaneous measurements on both half cells during an electrochemical experiment. Briefly, the Interface 5000 potentiostat/galvanostat is a 6V/5A system that is ideal for testing of batteries, supercapacitors, and materials. It has a second electrometer that makes it ideal for testing both half cells simultaneously.

In this experiment, two pieces of MnOx-coated carbon nanofoam were used to simulate a symmetrical supercapacitor. Two pieces of carbon nanofoam coated with MnOx were cut in approximately 8 mm discs were mounted inside holders for the LiBMC. These holders were then immersed in 1 M KNO3. An Ag wire once immersed in aqueous electrolyte acted as an Ag/AgNO3 pseudo reference electrode.

The two discs shown in Figure 1 were mounted in two larger disc holders (Part #935-00085) shown in Figure 2 using a small amount of Ni paint to make electrical contact between the discs and holders. 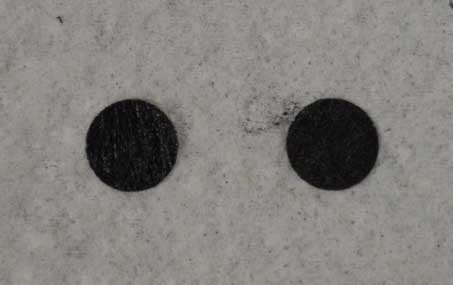 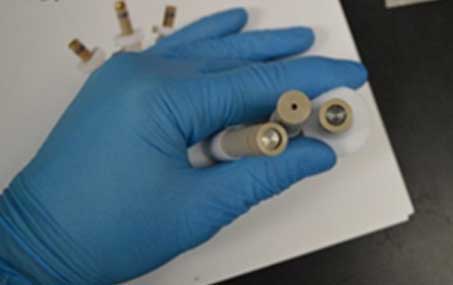 A silver wire was then mounted in the central electrode holder with the smaller opening.  The fully assembled cell with 1.0 M KNO3 as electrolyte is shown in Figure 3. Note the carbon nanofoam is recessed within the holders and not visible in the photo. 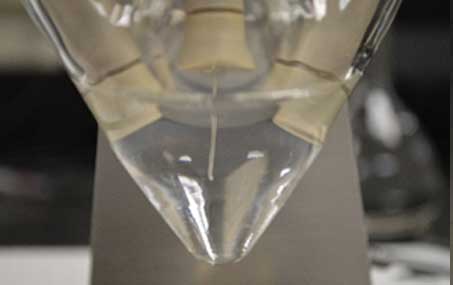 The working/working sense leads were connected to one electrode, counter/counter sense leads to the second electrode, and reference lead to the center electrode with the Ag wire. This cell was then cycled using an Interface 5000 potentiostat/galvanostat between 0.01 and 1 V at 1 mA for 100 cycles.

Charge-discharge results shown in Figure 4 (every fifth cycle is shown) show an initial drop in capacity followed by a leveling off as expected. A typical plot of the individual charge discharge cycle of the full cell is shown in Figure 5. 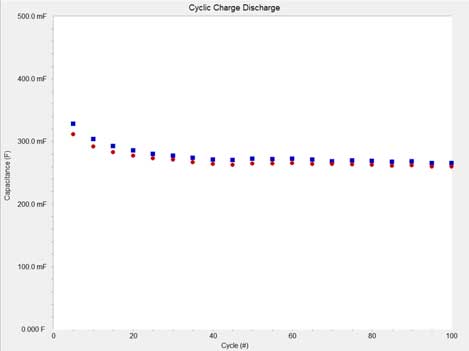 Figure 4. Plot of capacity versus cycle number for 100 cycles. Every fifth cycle is shown 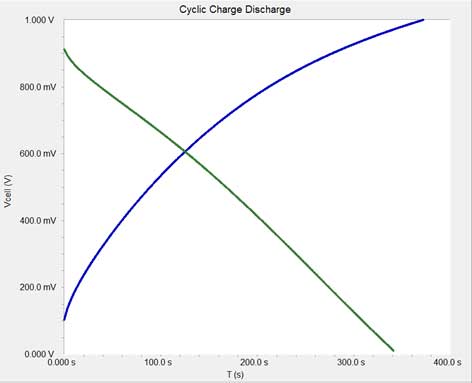 Figure 5. Plot of an individual charge and discharge cycle of the full cell

What is really interesting now and is the primary point of this technical note is that we can look at each half cell during a charge or discharge step using the Dual electrometer feature of the Interface 5000.

Note the two half-cell voltages during a charge step as shown in Figure 6. The overall cell voltage goes from approximately 0.1 V to 1V during the step. The difference between the discharge end from the previous step (0.01 V) and 0.1 V is due to the iR of the cell upon switching from discharge to charge. Each half cell is also shown in this plot. The orange trace is the positive electrode and the grey trace is the negative electrode. 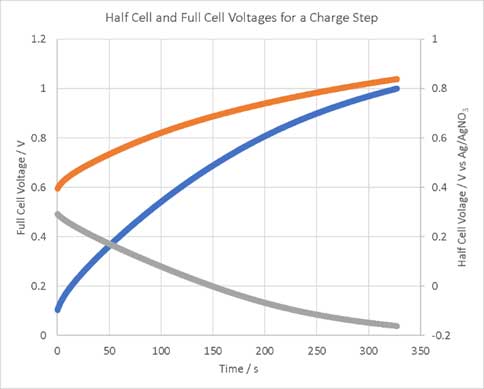 The two electrodes are virtually identical giving rise to the symmetrical charge/discharge in a single charging step. The positive electrode is charged while the negative electrode is discharged. The final magnitude difference between them is what determines the full cell voltage in Figure 5.