What is it? Why do we care?

The individual conductors in the cell cable of the potentiostat are made up of coaxial cables. The outer conductor in a coaxial cable is used to shield the signal of interest. Cable capacitance arises in coaxial cables because of the insulation between the wires. It takes a certain amount of time for the cable to reach its charged level. This lag in charging time slows down the signal being transmitted, and even interferes with that signal. This effect is particularly pronounced for high-frequency signals like those that occur in Electrochemical Impedance Spectroscopy (EIS) measurements.

If we consider the example of digital data pulses represented by a square wave with near-vertical rises and falls entering one end of a coaxial cable, a cable with a high capacitance slows these voltage transitions so that they come out of the cable’s opposite end looking more like saw-teeth (see Fig. 1). The end result is a distortion of the signal—and your data. Figure 1. Example of what happens to the signal when a
square wave (purple) is passed through a coaxial cable (blue).

A lot of research goes into minimizing the cable capacitance. Some ways to accomplish this include increasing the wall thickness of the insulation, decreasing the conductor diameter, or using insulation with a lower dielectric constant.

But another way to handle this problem is via software correction.

Gamry Instruments incorporates two levels of correction for the cable capacitance into our software:

For a first test of correction, results were generated using a Reference 600+™ Potentiostat with a 60 cm Reference 600™ cell cable. Data were acquired with and without cable-capacitance correction on a 10 nF capacitor. Figure 2 shows only the data with no correction for cable capacitance. 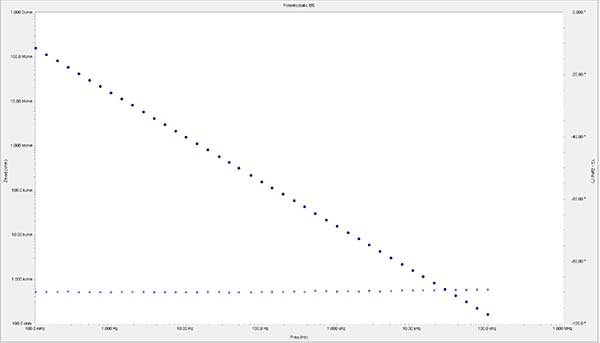 Figure 2. EIS of Gamry Instruments’ calibration cell with no correction for cable capacitance,
measuring a 10 nF capacitor. Note how linear the data are.

At this size of capacitor, cable capacitance is clearly not much of a problem. Phase-errors caused by range-switching in the potentiostat are generally less than 0.2°.

Shrinking the value of the test capacitor a couple of orders of magnitude, we tried EIS on a 470 pF capacitor (Figure 3). 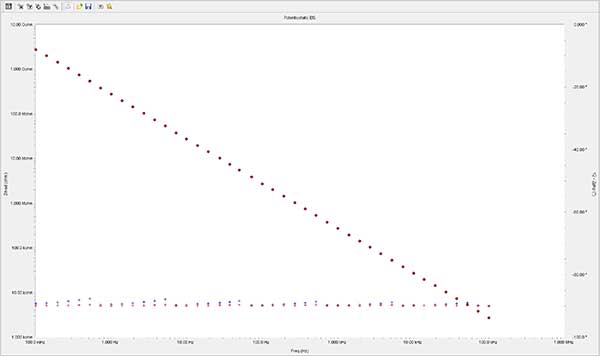 Figure 3. EIS of a 470 pF capacitor without (blue) and with (red) cable-capacitance correction.'

In Figure 3, we began to see some jumps in the blue data points. These occur where the potentiostat is changing current range, and the built-in corrections for the cable are slightly different from the cable being used for the measurement. The red data points demonstrate the correction algorithm is beginning to show measurable effects.

Finally, we tried a very small capacitor (47 pF). Data were acquired in Figure 4 with and without cable-capacitance correction. 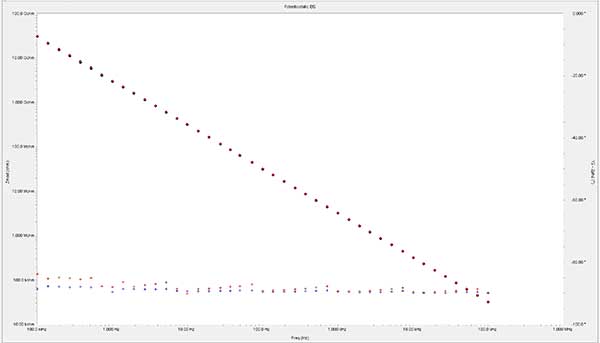 Figure 4 shows the two sets of data overlaid, showing the improvement in the data after the implementation of the cable-capacitance correction. With no correction, the phase errors reach nearly 2°, and drop by a factor of four with correction. Notice how the abrupt jumps have all but disappeared.

How to correct for cable capacitance

If you think you can benefit from additional cable capacitance correction, perform the steps as follows.

More details are provided in our Cable Calibration Quick-start Guide.

A Word about our Calibration Shield

Figure 5. EIS with discontinuities caused by stray capacitance from the Faraday cage.

This phenomenon is sometimes observed with large, flat samples parallel to the Faraday cage’s floor.

To minimize stray capacitance between an electrochemical cell and the Faraday cage, move the cell away from the walls toward the center of the shield. Prop up the cell off the floor of the shield using a non-conductive object (e.g., block of wood, textbook).

Cable-capacitance correction in Gamry Instruments’ software can be used to minimize small differences that show up in EIS spectra. As impedance decreases (capacitance increases), the effect of using this type of correction decreases. Uncoated metal samples and energy devices such as batteries, supercapacitors, and fuel cells will see no useful effect of using cable-capacitance correction. For more information on Gamry Instruments’ potentiostats and EIS measurements, see our website at www.gamry.com.