Characterization of a Supercapacitor Using an EQCM

A tremendous amount of research has gone into supercapacitors in recent years. Supercapacitors have high charge/discharge rates, long cycle life, operate over a large temperature range and have a low cost-per-cycle.

Gamry has produced three other application notes detailing characterization of supercapacitors. These can be found in the application note section of our website (www.gamry.com)

This application note focuses on the characterization of the materials used to construct a supercapacitor.

10-MHz Au-coated quartz crystals were coated with 1 μL carbon suspension containing 20 mg of carbon and 5 wt% polyvinylidene fluoride binder in 1 mL N-methylpyrrolidone. The solution was cast onto the crystal and dried in an oven. Three different pore-sized carbons were used.

This crystal was then mounted in a PTFE static cell and interfaced to a Gamry eQCM 10M™. A Gamry Reference 600™ was coupled to the EQCM via the working electrode interface on the front of the eQCM 10M. Data were acquired using the Gamry Resonator™ software and analyzed in Echem Analyst™. The electrolyte solution was aqueous 1 M CsCl. A Pt wire was used as the counter electrode and potentials are reported against an Ag/AgCl (sat’d KCl) reference electrode.

Five cyclic voltammograms of a high surface area material are shown in Figure 1. The voltammograms are the typical shape for a supercapacitor – a large charging current attributed to the movement of charge to and from the electrode. 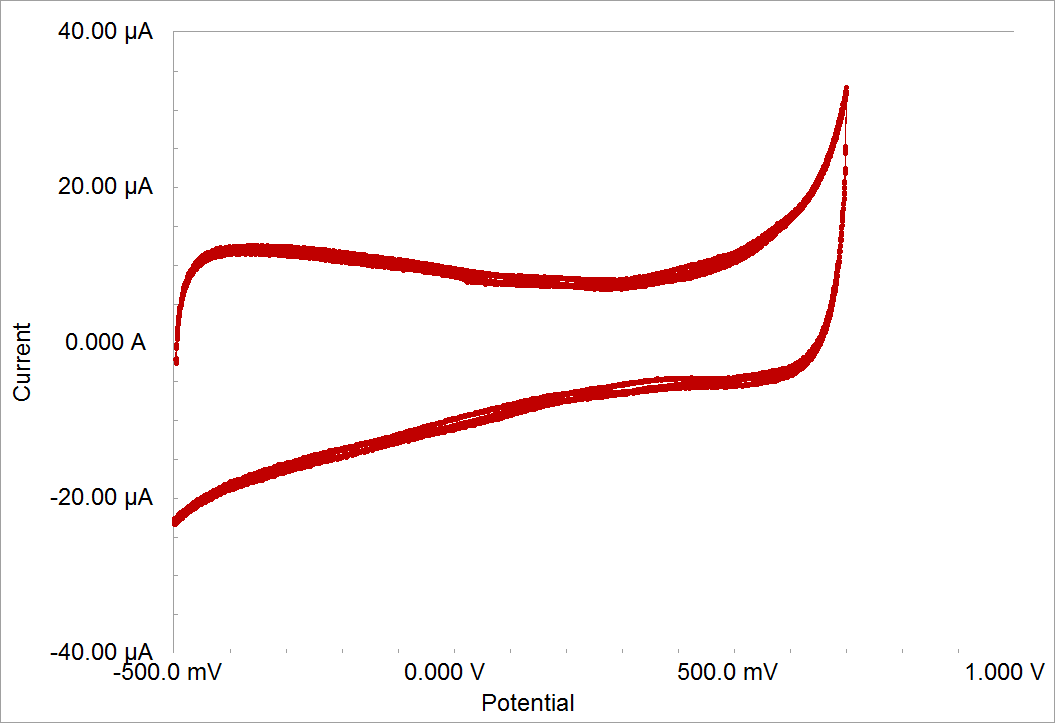 Cations and anions will be ejected or injected into the high-surface material during scanning as a charge-compensating mechanism. For example, scanning in a positive direction will result in either a cation desorbing from the surface of the electrode or an anion adsorbing to the surface of the electrode. In this application note, we will use term expulsion to mean desorption and injection to mean adsorption since we are dealing with high-surface area (i.e. porous) materials.

Mass changes were recorded and are shown, along with potential, versus time in Figure 2. Scanning in the positive direction results in a mass decrease while scanning in the negative direction results in a mass increase with little mass change at the positive vertex. These results would indicate, at first glance, Cs+ expulsion from the material when the potential is scanned positive and injection into the material when scanned negative. Small mass changes at the positive vertex might indicate a mixed process of Cs+ expulsion and Cl- injection. 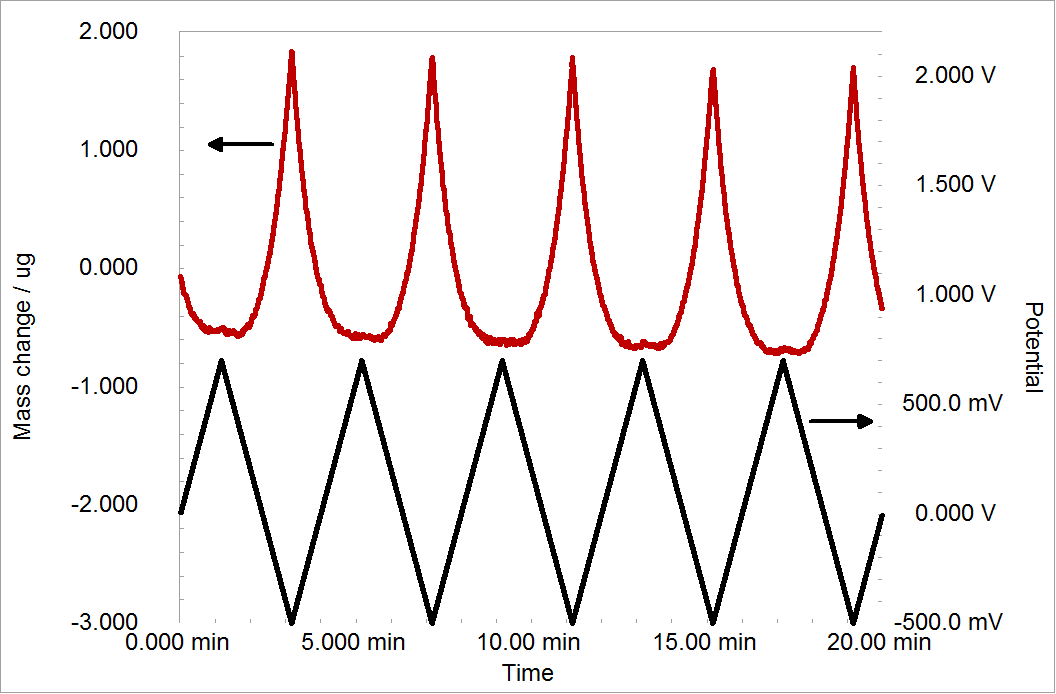 Figure 2. Mass and potential plotted versus time. Conditions were as listed in Figure 1.

A single CV is shown in Figure 3 and overlaid with mass data. These data make the mixed process at potentials above 400 mV more evident. 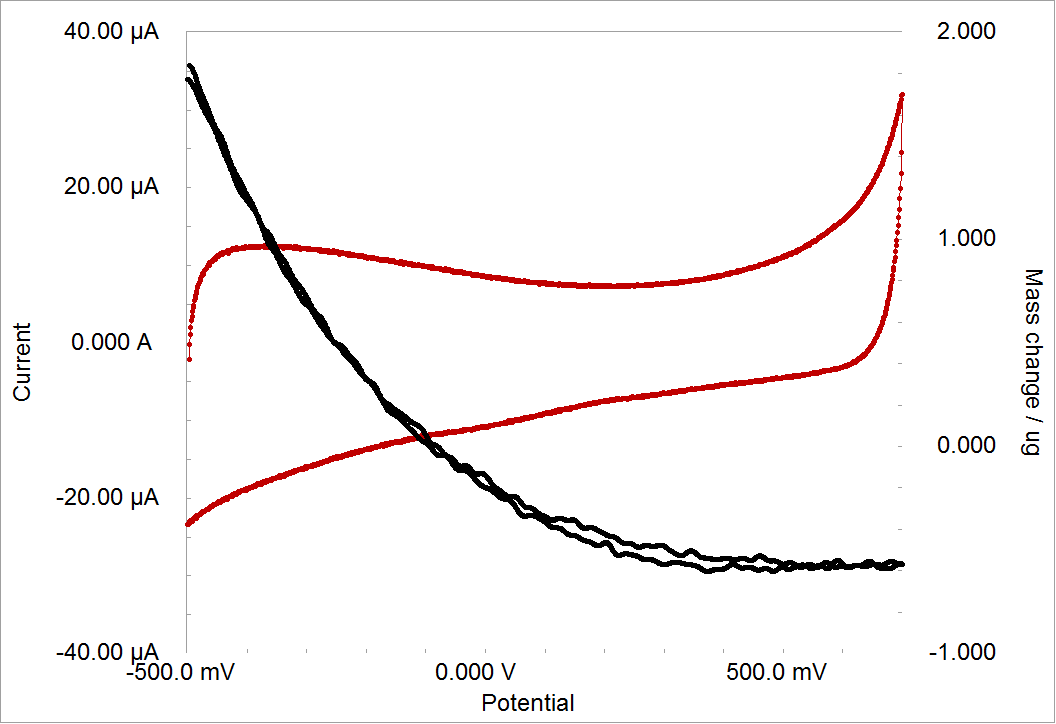 Mass-charge data, plotted as Mass change versus Charge breaks the mixed process down even more clearly as shown in Figure 4. Arrows have been added to show scanning direction. The dashed lines represent a linear fit to selected portions of the data. Molar masses were calculated from the slopes of these lines according to the following equation:

where F is Faraday’s number and n is the number of electrons involved in the charge compensation process (n=1 here). In this instance, the initial slope is 173 g/mol – a Cs+ ion (132 g/mol) plus approximately 2.3 water molecules (18 g/mol * 2.3 = 41 g/mol). The slope of the mass-charge plot decreases as more charge is passed (more positive potentials) until it nearly levels out at 8 g/mol, indicating a mix of Cs+ expulsion and Cl- injection. Some have attributed this switching from Cs+ expulsion to a mixed behavior as Cs+ depletion effects.1 Once the Cs+ in the material has been depleted the charge-compensation process becomes Cl- injection. Upon reversing the scan the mass-charge is initially flat but quickly increases to a slope of 130 g/mol. 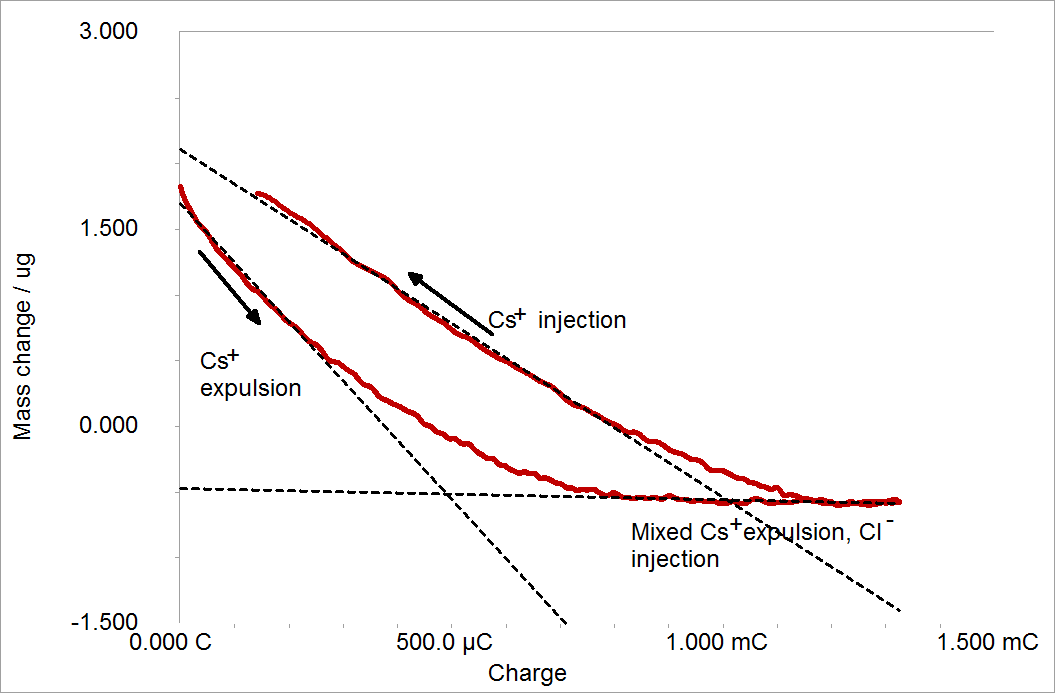 Another type of high-surface area carbon with pore sizes different than that in the previous example was deposited on an Au-coated quartz crystal as described in the experimental section. 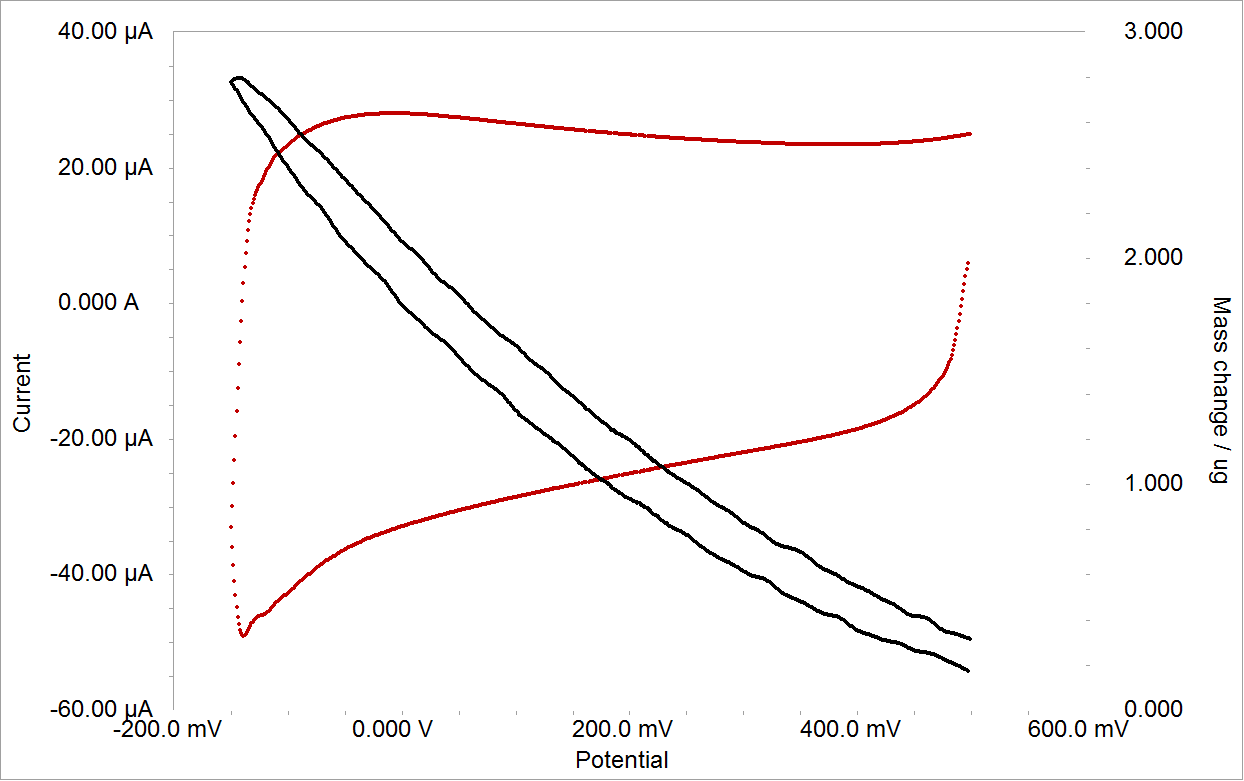 The mass-charge plot is shown in Figure 6 and actually shows that only Cl- participates in the charge-compensation mechanism. The molar mass calculated, according to Eq. 1, is 70.3 g/mol – a Cl- ion and an average of 1.9 H20 molecules. 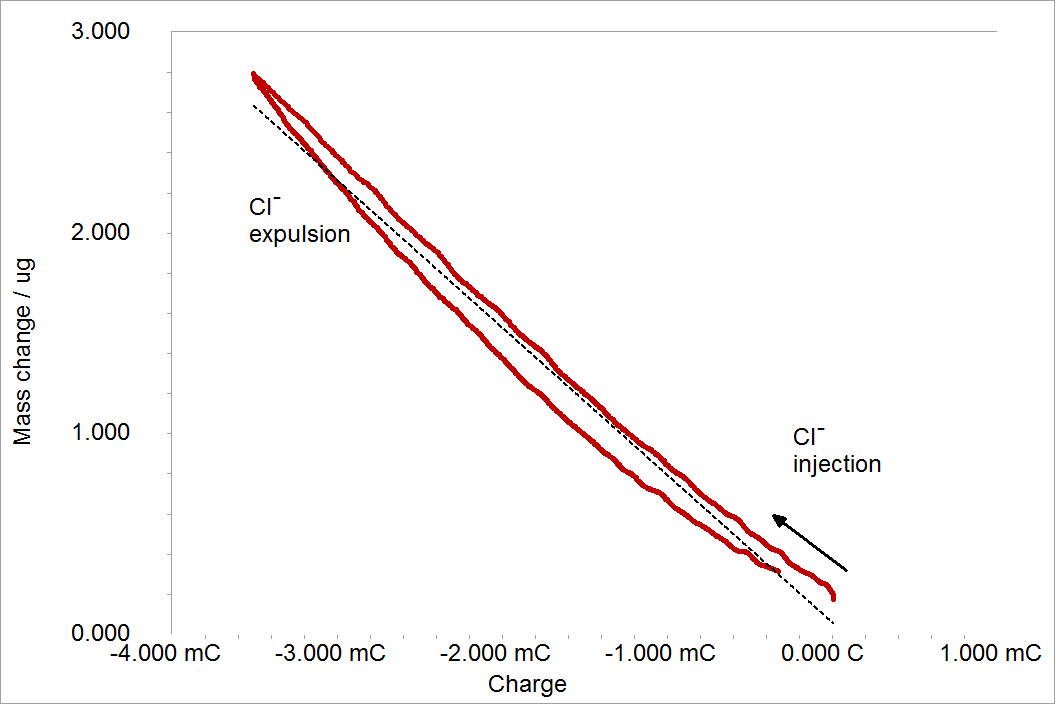 There actual number of water molecules associated with a Cl- ion varies slightly over the scan as can be seen by the curved nature of the plot. A future application note will deal with examining solvent and ion transfer kinetics using a flux ratio method.2

A third type of high-surface area carbon was coated onto an Au-coated quartz crystal as described in the experimental section. This carbon had different pore sizes than the previous two. This material was cycled five times as shown in Figure 7. 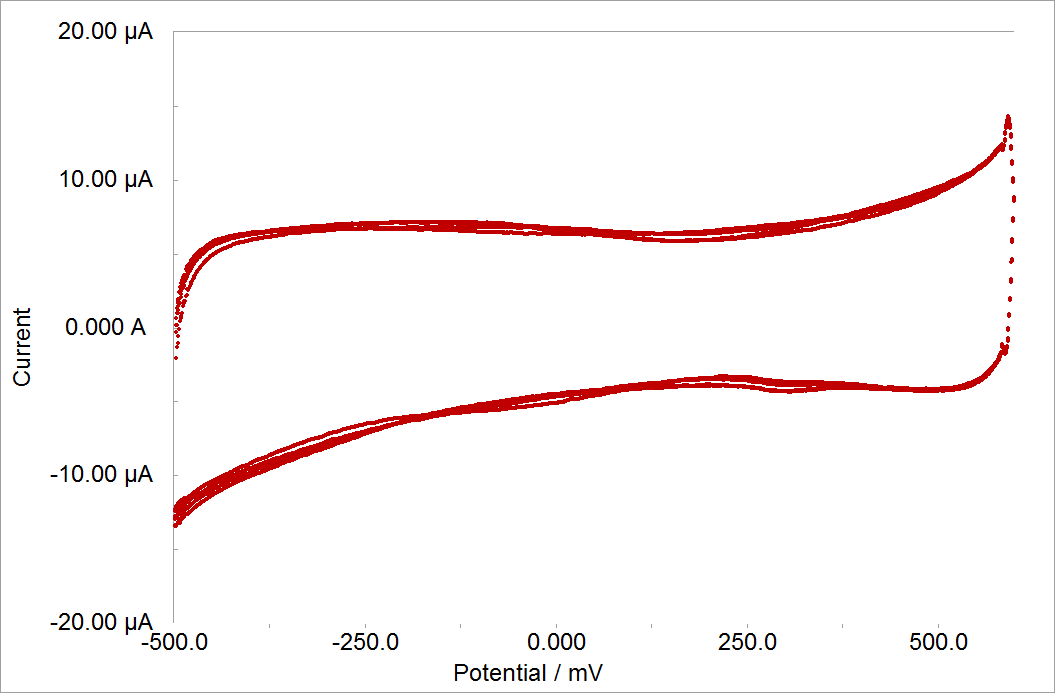 The mass change and potential are plotted versus time as shown in Figure 8. This system displays a unique response compared to the other two carbons. Note that as the potential increases the mass decreases until close to the vertex as which point the mass begins increasing until the vertex is reached. The mass then decreases upon reversal before increasing once more. 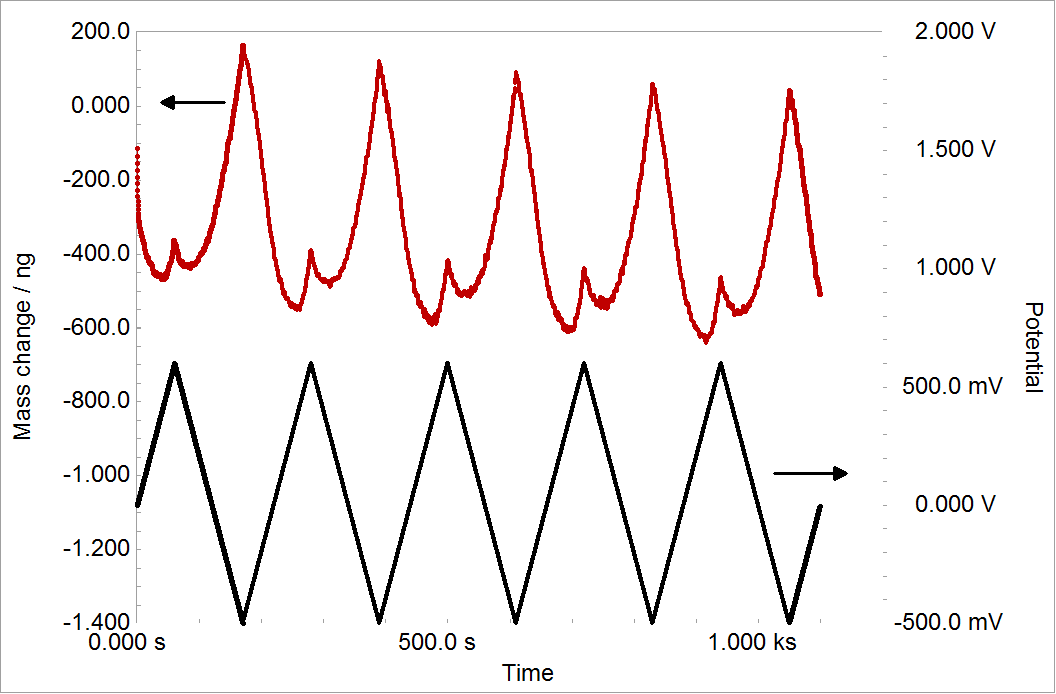 Figure 8. Mass change and potential versus time for Carbon 3. Scan rate was 10 mV/s.

A single cycle of these data is shown in Figure 9. Arrows have been added for clarity. Plotting these data as a mass-charge plot, shown in Figure 10, reveals a similar Cs+ expulsion depletion effect as to that seen in Carbon 1. However, unlike Carbon 1 where the depletion resulted in a mixed process, it appears that the charge compensation mechanism becomes a Cl- injection. 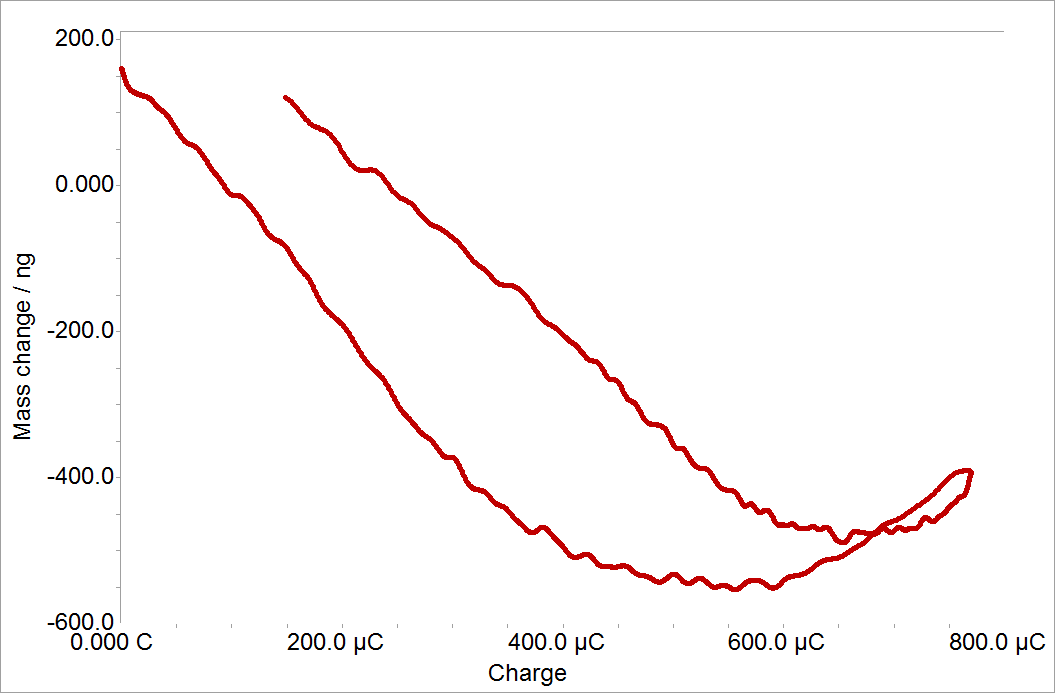 Figure 10. Mass change versus charge for the data shown in Figure 9.

The anodic and cathodic parts of the curve are split into two different plots to improve readability as shown in Figure 11 and Figure 12, respectively. 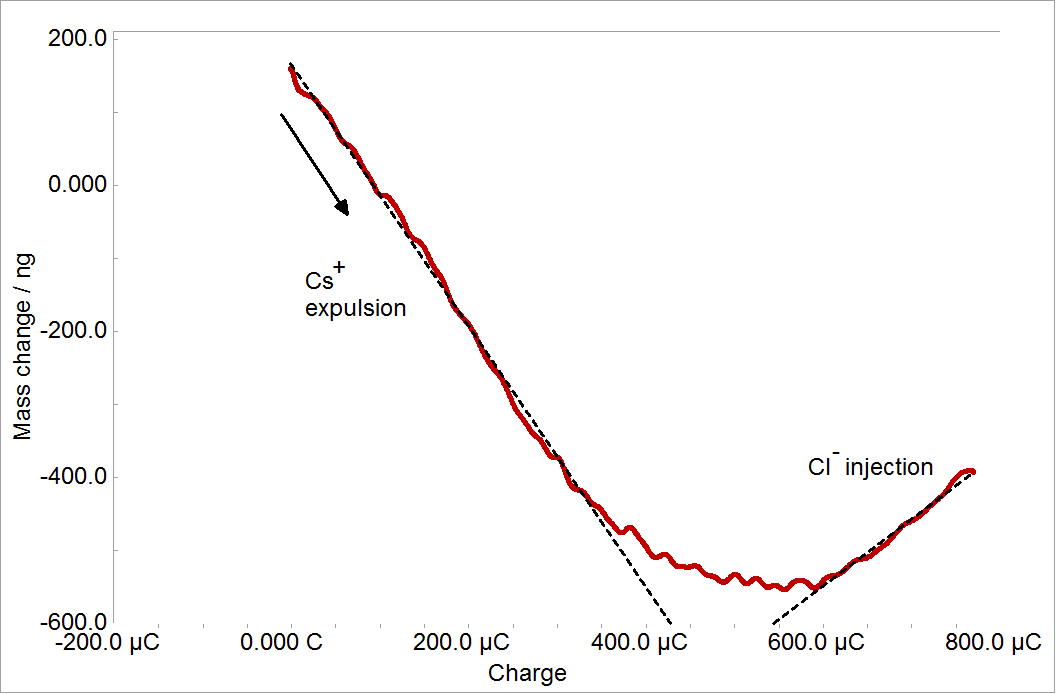 Figure 11. Anodic portion of the data shown in Figure 9. The slope of the Cs+ expulsion regime is 173 g/mol and the slope for the Cl- injection regime is 88.7 g/mol. 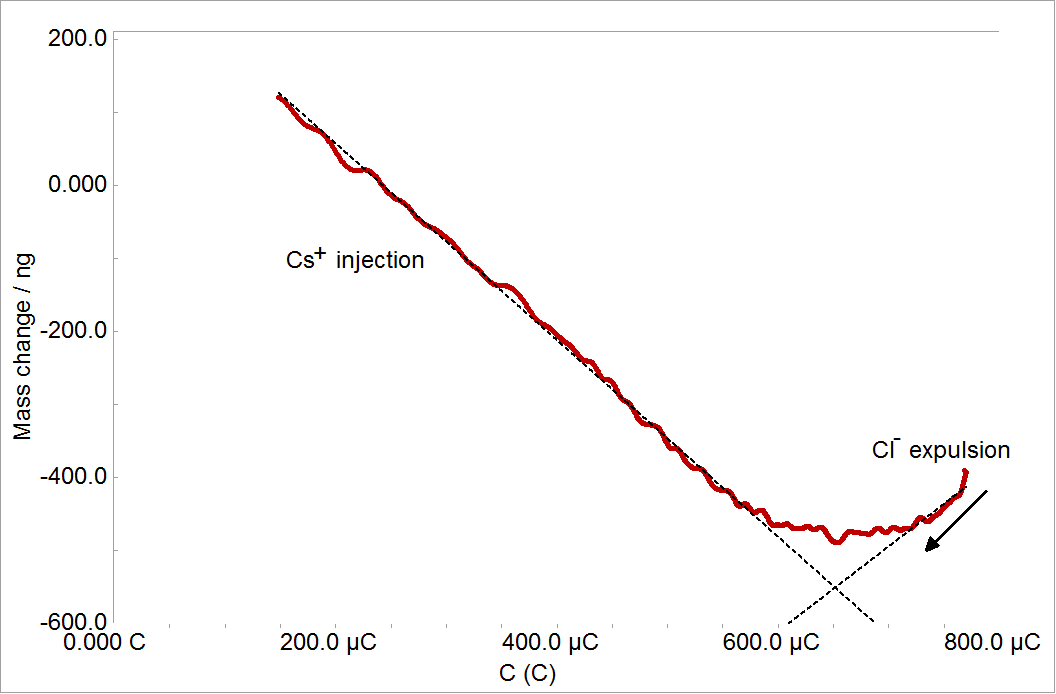 Note the similarities to Carbon 1 where the slope of the mass-charge plot when Cs+ expulsion was 170.3 g/mol and the Cs+ insertion was 130 g/mol. Both of these results show that 2.3 molecules of water are used to solvate the Cs+ upon anodic scanning while the Cs+ ion is completely desolvated during cathodic scanning.

This application note was meant to provide a guide for analyzing material to be developed into a supercapacitor. Learning about ion and solvent transfer through mass-charge relationships provide valuable insight into the design of supercapacitors. A future application note will deal with varying the ions or solvent for a single type of material in order to learn about ion and solvent transfer thermodynamics and kinetics.

Gamry Instruments would like to acknowledge the Gogotsi Group at Drexel University for the generation of these data.

QCMs have a variety of uses in addition to monitoring LbL assembly. Microsoft® Windows 7 or newer is required.