Fig. 1. Schematic of how voltage varies with time in square-wave voltammetry.

Time, τ, for One Square-Wave Cycle and Step

Both square-wave cycle and length of a single step in the voltage series take a time τ. The inverse of the cycle length is the frequency, 1/τ.

The scan rate for such an experiment is inversely dependent upon the time per step, τ:

Below is an example of the experimental setup window* from Gamry Instruments’ Framework™ software:

In a digital sweep the standard convention is to acquire one data point at the very end of each step. Gamry Instruments calls this method Fast mode. Such a method of sampling discriminates against any capacitive current or surface-bound reactions. The current caused by any capacitive charging or faradaic current confined to the surface decays in the initial part of the step and does not contribute to the measured current.

A second acquisition method is Noise Reject, averages over the last 20% of each step. When compared to Fast mode, this improves the signal-to-noise ratio while still capturing current primarily from diffusing species.

With Surface mode, Gamry Instruments enables a unique sampling method to eliminate the differences between a staircase and a true ramp. In Surface mode, the data are sampled throughout the duration of the step, and then averaged. This allows capturing both capacitive effects and any faradaic effects confined to the surface. (See our Application Note “Measuring Surface Related Currents using Digital Staircase Voltammetry.”) No other potentiostat manufacturer includes a Surface mode capability.

The software subtracts the two current measurements, and plots this difference (Idiff) against the applied staircase potential (Vstep). The result is that this technique gives peaks caused by faradaic processes. The height of the peak is directly related to the solution concentration of that species.

We provide an example of a trace of Cd+2 (6 ppm) dissolved in aqueous acetate buffer solution. We ran a square-wave voltammetry experiment at τ = 0.1 s (i.e., frequency = 10 Hz) on a Gamry Instruments potentiostat. The experiment required only 6.1 s (61 points at 0.1 s each). Data are presented as Idiff (the difference between forward and reverse currents) versus Vstep in Fig. 3. 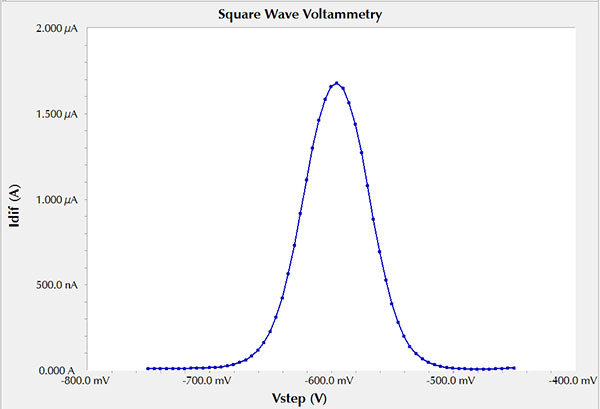 Were we to vary the concentration of Cd+2, the peak height would be proportional to [Cd+2]. Adding another ion in solution (e.g., Pb+2) would add a second peak at a different Vstep.

In this example, various concentrations of copper ions in the parts-per-million range dissolved in acidified aqueous solution were scanned by square-wave voltammetry, along with a blank. This series of experiments (see Table 1) shows how the concentration of trace amounts of copper is directly related to the peak height. 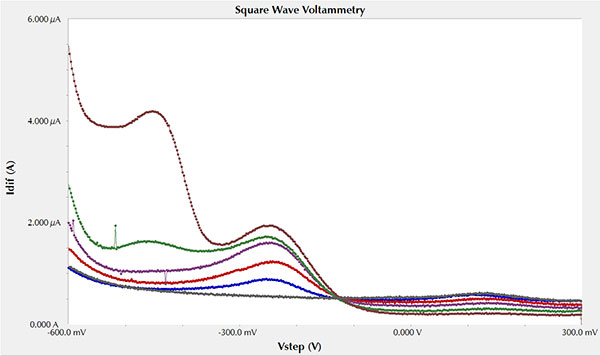 Table 1. Concentrations of copper and their respective peak heights from square-wave voltammetry. R2 = 0.9755.

To show the extra sensitivity in Surface mode exclusive to Gamry Instruments’ potentiostats, Figure 5 presents a background-subtracted set of scans using a biosensor recorded in all three modes: Fast, Noise Reject, and Surface. 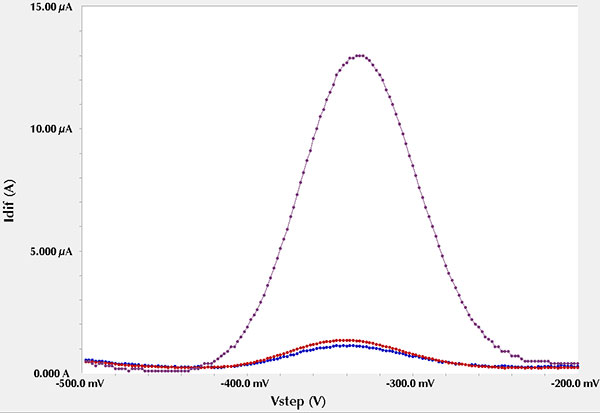 Fig. 5. Square-wave voltammetry at 100 Hz recorded in three acquisition modes on a biosensor.
Blue is Fast mode, Red is Noise Reject mode, and Purple is Surface mode. All data are background-subtracted.

Clearly Surface mode is far and away the method to see the best signal for surface-related reactions.

Square-wave voltammetry is a rapid means of qualitatively and quantitatively determining analyte even at low concentrations in a solution.