This Technical Note concerns electrochemical impedance spectroscopy (EIS), and assumes that you have read and understand the material covered in the Application Note “Basics of Electrochemical Impedance Spectroscopy.”

The purpose of this Technical Note is to show that you can do EIS using Gamry Instruments’ potentiostats not only on flat samples in electrochemical cells, but also on curved parts not immersed in a liquid medium.

Curved, machined pieces of steel (the samples) were tested under the following conditions:

Various samples, including passivated and non-passivated surfaces, were tested. Each passivated sample was passivated via a different method. All data were recorded using a Gamry Instruments 600+™ potentiostat and Framework™ software, in potentiostatic mode. DC potential was set to open-circuit potential. 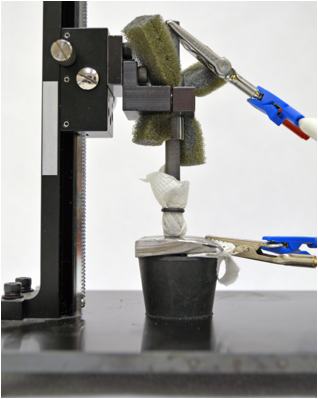 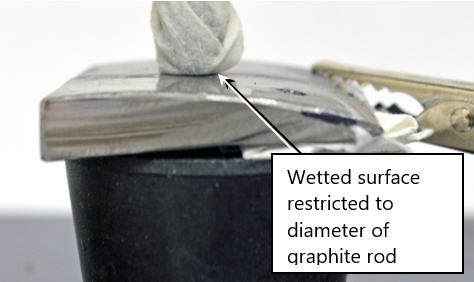 Figure 2. Close-up photograph of active sample area.
A KNO3(aq) solution wets a paper towel on the end of the graphite rod. The towel is held in place using an O-ring.

Yo4 corresponds to a constant-phase element with coefficient a5. Rp is the polarization resistance, and Ru is the uncompensated resistance. For more details on these circuit elements, see our Application Note “Basics of Electrochemical Impedance Spectroscopy.”

Results are given in Figure 4. 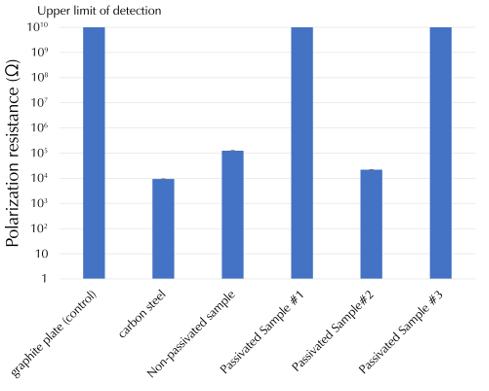 The purpose of this Technical Note is to suggest how to make measurements on curved surfaces or in applications where it is not possible to immerse the entire sample in a solution. The method emphasizes quick-testing over a complex, rigorous EIS setup. Thus, it suffers from several drawbacks including the lack of a standard reference electrode to isolate the counter electrode impedance. However, some users may find this method useful when making routine EIS measurements on replicate samples where detecting a change in impedance is desired.