ACPs are only valid under the applied conditions.  For example, the ACP for the Interface 1000 as seen below shows that you can measure impedances from 3 GΩ down to less than 1 mΩ at greater than 99% accuracy. The lower impedance limit is useful to know when examining energy storage and conversion devices while the upper impedance limit is useful for corrosion-resistant materials and well-coated samples. It is also helpful to know the capacitive limit, seen as an increasing line as frequency decreases, for well-coated samples.  If you were to use a longer cable you would expect a decrease in bandwidth due to the added R and C. Gamry’s standard cell cable is 60 cm but we also have 1.5, 3, and 10 m cables available as options.  Since the open lead curve is the measure of the instruments capacitive limit for a measurement, we measured the open lead curve for the 3 and 10 m cables also.  Additionally, we measured the open lead curve without a cable.  As shown in Figure 2, the maximum applied frequency decreases as a function of cable length.  The capacitive region of the ACP decreases slightly as the cable length is increased.  The No Cable line falls in the middle due to the unshielded shunts we used to short the pins on our cell cable connector. Notice too that the maximum impedance limit decreases as a function of cable length due to the increased R of the cable. Changing the signal amplitude also has an effect on the ACP.  An increase in amplitude increases signal to noise, pushing the capacitive limit higher as shown in Figure 3.  Signal amplitudes of 1, 10, 100, and 707 mV rms were used to generate the four open lead curves. A 60 cm cell cable was used.  Though it seems logical to use larger amplitudes, in reality, the larger amplitude likely invalidates the linearity criterion of EIS. Consider the potentiodynamic scan shown in Figure 4.  The response is linear around the open circuit potential but moving away from open circuit creates a non-linear response. Hence, in an EIS experiment, you need to use small amplitudes such as 10 mV.  As can be seen in the ACPs shown in Figure 3, the capacitive limit increases when you use larger signals but as was just mentioned you cannot use larger signals without risk of damaging the sample.  These are the changes that affect the capacitive region of the ACPs.  The second important region is the lower impedance limits and bandwidth.

The lower impedance limits are typically determined by the maximum current of the instrument along with instrument design.  Separation of the current carrying leads from the sense leads increases the bandwidth for the inductive region. Note that the 1.5 m Low Z cable has separated current carrying and sense leads thereby increasing the bandwidth as shown in the plot below.  The plots shown here are for an uncalibrated 0.500 mΩ shunt whose actual bandwidth is unknown.  The illustration of the plot is to show the effect of increased cable length on bandwidth. 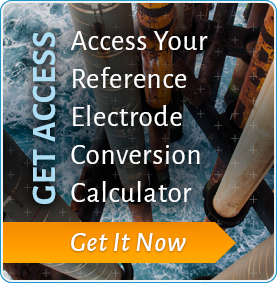